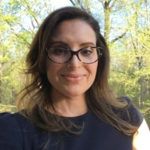 Valerie is a family law and divorce lawyer. She provides guidance and counsel to clients in matters concerning divorce, support, child custody, equitable distribution, domestic violence, and adoption. Valerie represents clients in Philadelphia and its surrounding counties and in New Jersey. Notably, Valerie provides counsel to the members of the Philadelphia Fraternal Order of Police, Lodge #5.

During law school, Valerie worked as a judicial intern for the Honorable Idee C. Fox in Philadelphia, Pennsylvania (2001). She then served a summer clerkship with the Honorable Matthew D. Carrafiello in Philadelphia (2002). Following her graduation from Law School, Valerie worked as a judicial clerk for the Honorable Thomas P. Kelly, Judge of the Superior Court of New Jersey, Chancery Division, Family Part, in Trenton, New Jersey (2003-2004). Under Judge Kelly, Valerie dealt with domestic matters, including divorce, custody, visitation rights, child support and domestic violence. Attorney Spino was admitted to practice law in Pennsylvania and New Jersey in 2003, and formally worked with Rocco Law Group and then later as an associate with the firm Deeb, Murphy, Blum, Frishberg and Markovich (then known as Deeb, Petrakis, Murphy and Blum, LLP.)

Thank you for contacting us. We will get back to you shortly.

Please complete all required fields below.

Spino & Newcomb Is Here for You

At Spino & Newcomb, we focus on Divorce & Family Law, Wills and Trusts, Criminal Defense, and Personal Injury and we are here to listen to you and help you navigate the legal system.

We'll gladly discuss your case with you at your convenience. Contact us today to schedule an appointment.